Safety is important. When urban exploring one must make sure to always put their own and others safety first.

People sometimes do really stupid things when you take them urban exploring the first time. Or any time. Like, throw rocks at hanging pieces of rebar hoping to knock them down. Sometimes they stroll into a room with huge holes in the floor and find nothing but nine stories of air between them and the ground. Other times they touch something they should just not goddamn touch. 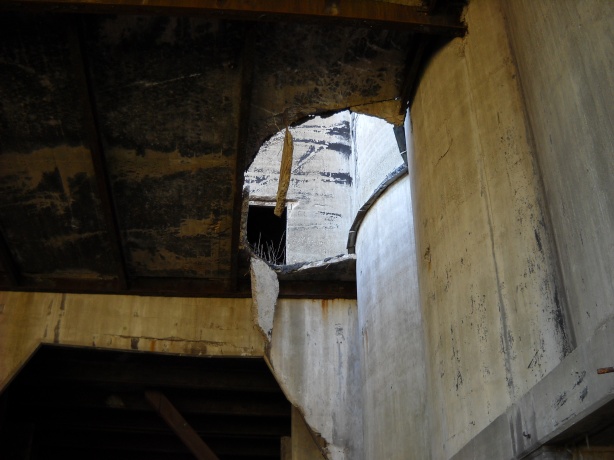 If I hit the right spot I’ll bring the whole place down.

These are a pretty good example of bad things that aren’t immediately obvious. From what I’ve been able to translate out of my engineer friend’s jargon is that sometimes toxic gases are heavier than the normal air we breathe. If there’s a big hole in the ground these gases can build up down there. Say you’re in a place that has a big pit with no air flow in it, like a water intake facility. You climb down into a pit and start feeling light headed and before you know it you’re quickly suffocating.

This is a confined space.

Then your friend sees you passed out and comes down to help and you can probably figure out what happens to them. (Edit: if you didn’t the surprise is they die too.)

You see when excess water drains from a street or when the sewers backup this all spills into a storm drain. Each system is somewhat different but the general idea is that all this water from many places gets drained into one big storm drain where it’s safely dumped into a lake or something. In Buffalo this is the lake in Delaware Park and also why Delaware Park smells awful half the time.

If you ever find yourself walking through a drain and notice the water level is rising (not just getting deeper) I suggest getting out of there as fast as possible. If you ever walk through a storm drain while it’s raining out I suggest you might possibly be a little bit dumb.

Grain Elevators can be one of the safer abandoned places to explore but there are exceptions. The parts you’d be interested in visiting are generally protected from weather damage and these things were built to last. In fact, the University at Buffalo’s Urban Design project came up with some ideas about turning these things into restaurants or apartments. Pictured below is one of their model homes. 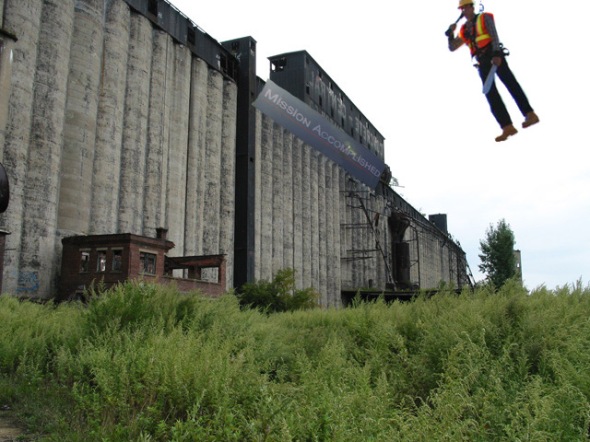 Their stock rating was upgraded to Don’t Buy after this.

(Here is a link to their paper which is a good read.)

Sometimes though, things go wrong. Back in 2006 we had a pretty nasty ice storm which knocked out power around here for some people up to a week. A lot of things were damaged. One of those things was a grain elevator by Route 5. This also happened to be one of the first elevators we visited. Everything on the ground level was fine but when we got to the roof we saw it was in bad shape. Then on the way back down the stairs pulled out of the wall and we ran really fast. I’m still alive though so it worked out. 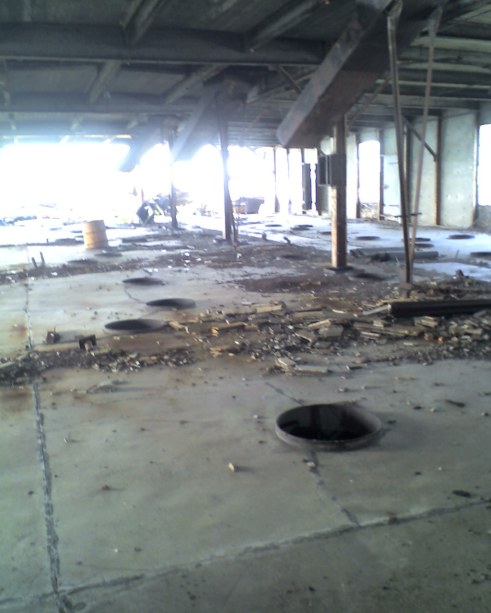 Other grain elevators have had their stairs cut out so if you want to go up you have to walk on the tabs that would normally hold stairs. Apparently, someone thought this would dissuade people from climbing up there but mostly it just scared the hell out of me on the way back down. My engineer friend decided to go up about three stories and figured out it looked the same above as it did below. Also don’t do that it’s not safe.

If we remove the stairs no one will ever get up here!

On an entirely serious note, however, it’s a good idea to read what other urban explorers recommend on how to stay safe and follow it if you do decide to go. The book ‘Access all Areas‘ by the late Jeff Chapman (Ninjalicious) is a good starting point and the magazine he made, ‘Infiltration’, has even more stuff.

26 Jul This entry was published on July 26, 2012 at 3:16 am and is filed under Behind the Concrete Curtain. Bookmark the permalink. Follow any comments here with the RSS feed for this post.

Older: An Introduction.
Newer: The Orphanage