Nature can retake man made structures and spaces very quickly. In the span a few short years sites can be buried and overgrown enough that no one remembers it was there. If you’ve ever been on the bike path by Tops on Grant St. you’ve passed by a place like this probably without even noticing it was there.

Tee to Green was a driving range, with a mini golf section in the back, that closed in the early 2000’s. It’s president was charged with fraud, which he eventually pleaded guilty to, and the site now sits empty. 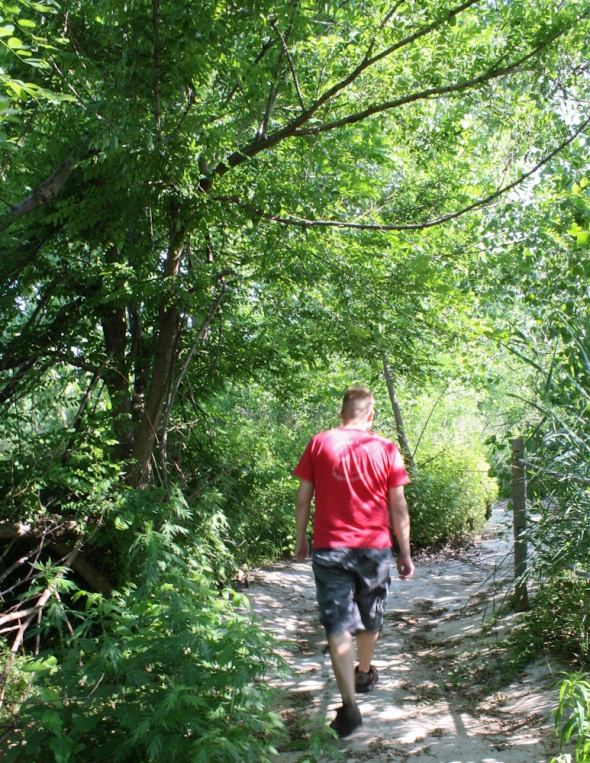 I’m not the first to stumble across this place, in 2008 Buffalo Rising wrote a short piece on re-purposing it as a skate park. It’s been used for other, less family friendly purposes, as my friend has found on certain flash video sites which I won’t link you to.

We found it the same way most people do; by spotting a mysterious opening in the fence by the bike path. 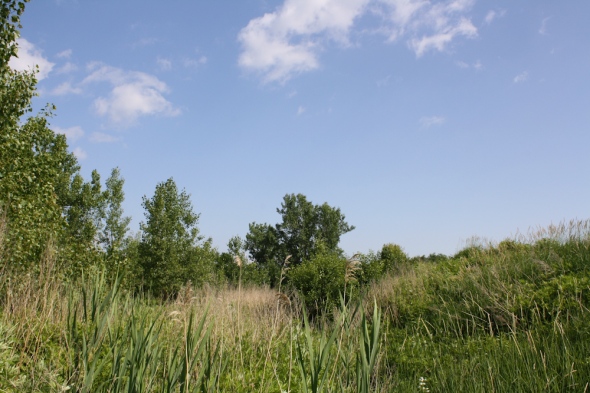 The pictures really say it all, it’s an empty mini-golf course. There’s some graffiti around, not all of good. The recesses make for good artificial ponds which the local wildlife makes use of. We spotted a lot of dragonflies buzzing around.

I agree with the Rising article that this site should be reused for something. It would be nice to see it turned in to some sort of park or really anything other than a plaza. While they’re at they can tear down that burned out husk behind it. 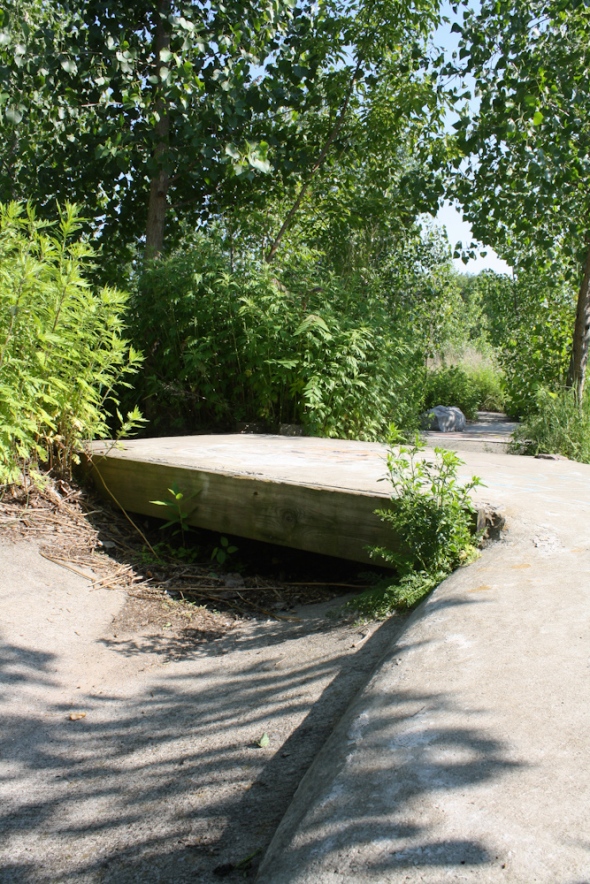 18 Apr This entry was published on April 18, 2013 at 12:46 am. It’s filed under Behind the Concrete Curtain and tagged buffalo, Buffalo urban exploration, photography, urban exploration, urbex. Bookmark the permalink. Follow any comments here with the RSS feed for this post.

Older: Don’t Get Caught
Newer: You’ve Got the Power